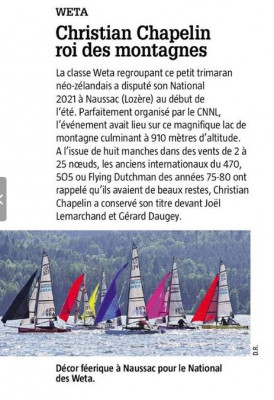 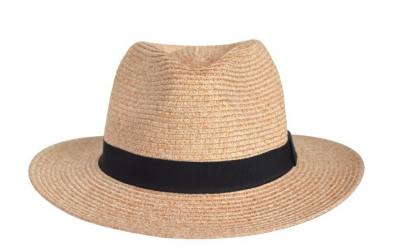 The French crew of Remy Landier and Anne Etienne of the CNEV are the absolute and Double-Handed winners of the I L’Escala International Weta Regatta It has been after three days of competition, Friday 10, Saturday 11 and Sunday 12 September, co-organized by the Club Nàutic l’Escala and RS Veleros, the exclusive distributor of Weta trimarans in Spain with headquarters in L’Escala .
Varied conditions

The three days have offered varied weather conditions that have allowed to complete the planned regatta program. They have also tested the 12 participating trimarans in a wide range of wind and sea conditions. Friday was the hardest day. The regatta area was waiting for the 18 sailors with a great waves and a NE wind with gusts over 19 knots. The weekend was dominated by thermal winds, with gentle intensity for the first races of the day and increasing during the second and third ones.
Marc Verdaguer, first in the One-Handed category

The sailor of the Club Nàutic l’Escala Marc Verdaguer managed to dominate a large part of the nine races in real time. The application of the ratings, however, ended up giving the victory to Landier and Etienne, who got only 13.5 points and four first victories. Verdaguer was thus in second place on the general podium and got the first prize in the individual category of the regatta. The One-Handed podium was completed by Benoit Evrard of CVML and Philippe Genestier of CNV Aix Les Bains.

The second place among the Double-Handed crews was for Marc and Joan Reverter, father and son from the Club Nàutic l’Escala. The third was for Didier and Nadine Revillet. Reverter and Revillet tandems ranked fifth and sixth in the fleet.
End to three days of emotions

The prize-giving ceremony, which took place on Riells beach at around 3.30pm on Sunday, ended three days of sailing, fun and lots of excitement. The event featured the interventions of Toni Castells on behalf of RS Veleros; Rafa Mundet, member of the Board of Directors of the Club Nàutic l’Escala and Jordi Puig, head of the Club’s Sailing School. It ended with the delivery of a gift to all sailors: two bottles of wine from Perelada wineries and a jar of anchovies from L’Escala, a reminder of the land that has hosted the I L’Escala International Weta Regatta.
Didier Nadine 727
Haut
Répondre
3 messages • Page 1 sur 1